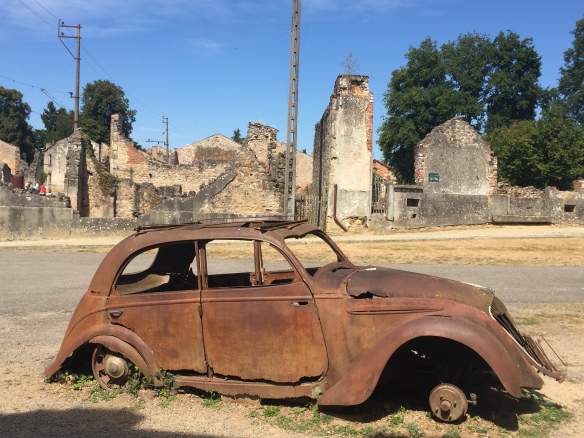 Hello again! If you’re still reading, I’m glad I didn’t scare you away with my last post! But these things happen, right? We have these images in our head about how it will be the perfect vacation, and it’s never quite the same…real life happens instead.  This trip was very different from others I’ve taken, and I ended up LOVING the differences!

Because I wasn’t feeling well for much of the trip, and our son wanted to sleep late most days, we ended up moving more slowly than I normally do in Europe.  But it was so relaxing, and I enjoyed it even more than past trips where I’ve put pressure on myself to see more sights.

This time, I still did lots of research ahead of time, but we had a very loose schedule. Each day, we’d meet up with our son for a late breakfast/early lunch, and while at the meal, we’d discuss options for the day and make a plan based on what we felt like seeing that day. 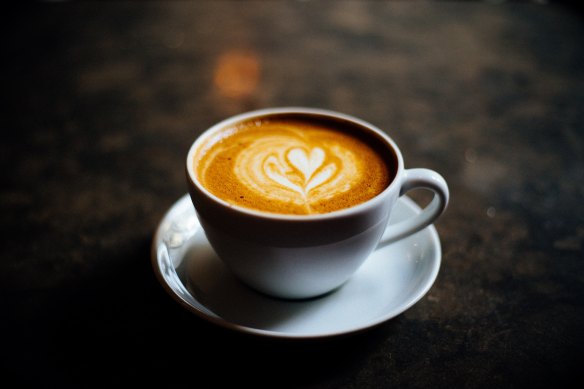 We only pre-booked two activities, and those were the prehistoric caves with the cave paintings. My husband and son went to the Lascaux International Centre for Cave Art on the day I was sick in bed. They said it was fantastic and the interpretive center was amazing, although the actual cave is closed to visitors, so you walk through a replica of the cave instead. I was sad to have missed that, but on our third day in the Dordogne, we went to Pech Merle, another cave with paintings and a small museum. I studied the paintings in both Lascaux and Pech Merle during an art history class, and I have to say it was incredible to stand in the actual cave itself and see the prehistoric cave paintings from over 20,000 years ago. I thought they’d be faded and hard to see, but they are still vibrant – this was easily one of my favorite experiences of the trip (and probably on my top five list of all my trips to Europe). Pech Merle is very strict about controlling the number of visitors per day, so I highly recommend booking ahead, especially during the summer high season. I booked about three weeks out so that we could get an English tour, as there were only two or three per day. In order to preserve the paintings, they are very strict about no photos in the cave, so I don’t have any of my own to share with you, but you can click here to see some of the paintings

Part of the underground river at Gouffre de Padirac

After our tour at Pech Merle, we drove to Gouffre de Padirac, an underground cavern with a river and a lake. We did not book ahead, but were able to walk right up to the ticket window and get tickets for the next time slot. It is super crowded, but the line moves very quickly, so don’t panic if you get there and it looks like there are thousands of people in front of you! They have two options to travel down – you can take a lift (elevator) or hike it down (and back up) hundreds of stairs! We chose to hike down the stairs, after which you walk through the cavern (with an audioguide) until you get to a lake. Then you get into a boat with a guide, and travel across the lake to continue the journey through the cavern. The whole experience is otherworldly – you’re 130 meters underground and walking along a river…it was completely touristy but super cool at the same time (and a great stair workout)! 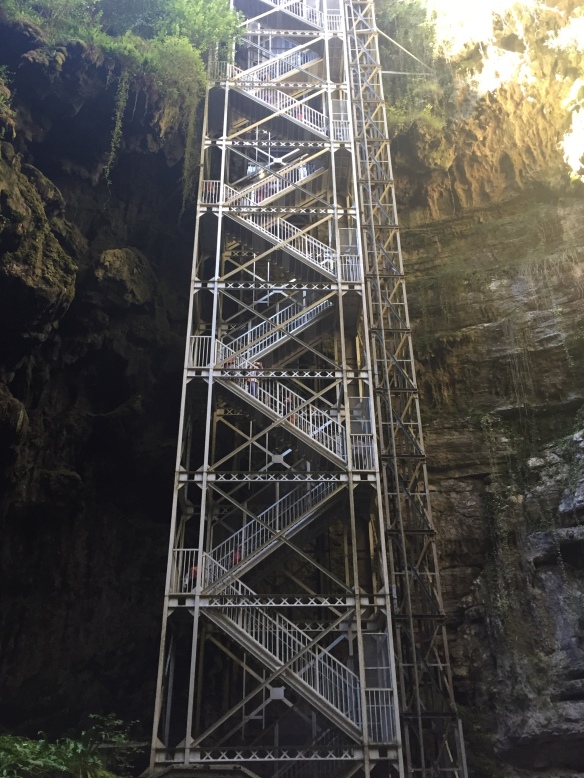 The stairs at Gouffre de Padirac – but don’t worry, there’s a lift as well!

**Day three in the Dordogne – Skipped my planned morning bike ride because I’d only had one light meal in the previous 48 hours. By end of day could eat normally again…yippee! 10,991 steps for the day, most of them up and down the stairs at Gouffre de Padirac**

Thursday was a travel day…we were leaving the Dordogne and driving to Poitiers to turn in the rental car and take the train to Paris. I FINALLY got to ride my rental bike, but we wanted to stop at Oradour-Sur-Glane on the way to Poitiers, so I rode from 8-9 AM, then turned in the bike and away we went. Added to the list for my next visit – schedule a full day to rent a bike and ride the entire trail, stopping along the way for coffee and lunch! 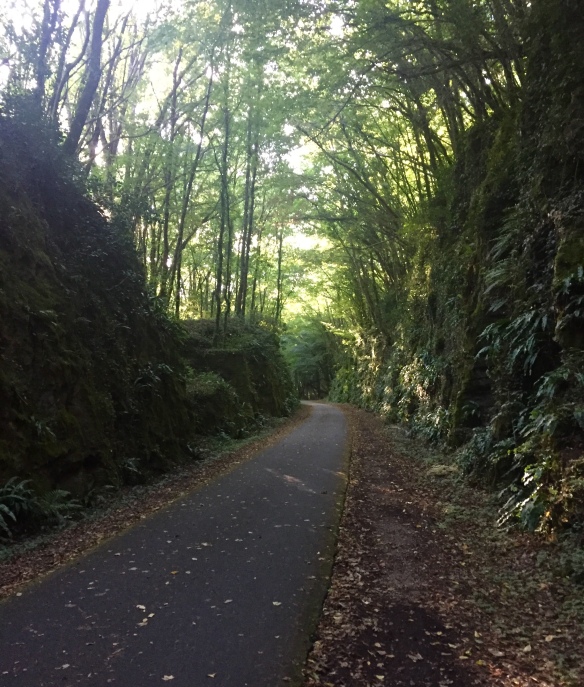 Oradour-Sur-Glane is midway between Sarlat and Poitiers, so it made a perfect stopping point to break up the drive. The town lies along the line which divided Occupied France from Vichy France during World War II –  a few days after the D-Day invasion in Normandy, Nazi officers gathered up all the people in town, shot the men in the streets, locked the women and children in the church then burned the entire town, including the church. In all, 642 people died that day (I think only 1 person escaped). As a memorial and a reminder of the atrocities committed by the Nazis, the town has been left as it was the day the Nazis burned it.

The remains of the church bell…

A new town was rebuilt just next to the old, and there is now a museum as well as a portrait wall with photos of most of the people killed that day. They are still collecting photos and hope to eventually have a photo of every man, woman and child who perished. 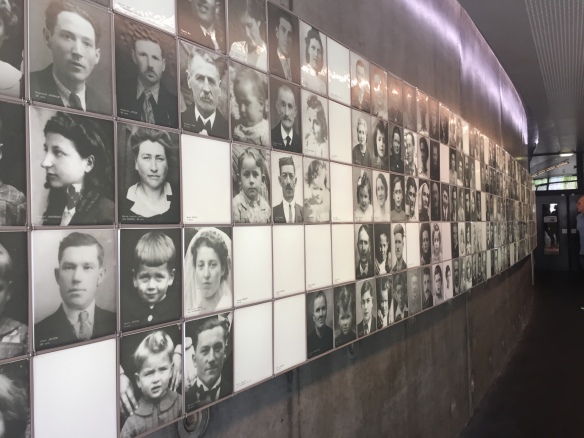 The portrait wall at Oradour-sur-Glane museum; white squares represent victims for whom they don’t have a photo yet…

We spent about 90 minutes here, but could have easily spent four or five hours if we didn’t have a deadline to return our rental car. You first enter the museum, where the exhibits talk about the rise of the Nazi party and the history of the invasion in France. Exhibits educate visitors about other massacres committed by the Nazi’s – did you know that the Nazi officers were never held accountable for any of the massacres that were committed? Then you walk through the portrait gallery into the town itself.

Cafe tables and chairs in the ruins of a cafe

Silence is requested, but a hush naturally fell over the crowd as we entered the town. It was hauntingly eerie and sobering to see cafe tables overturned, sewing machines sitting on ledges in houses, and burned out cars parked in the streets. It’s not an uplifting day, but oh so important to remember and mourn.

Have you traveled to any WWII sites? Which ones have you seen? I’d love to hear about your experiences….and as always, thank you for reading!

7 thoughts on “Three Days in the Dordogne region of France, part 2”