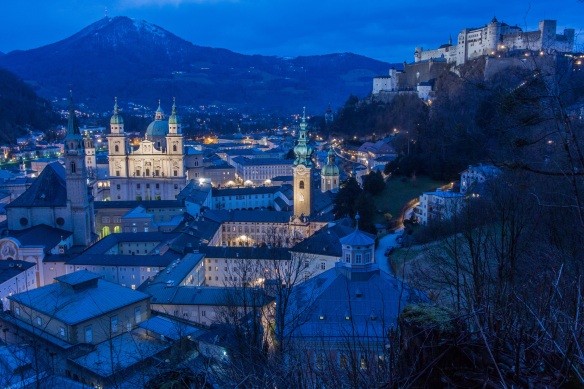 Thanks to everyone who liked and commented on Part 1 of this post! It was great to hear your thoughts…I’d love to hear what you think of this next group of life lessons!

For those of you who may have missed part 1, I’m posting lessons I’ve learned from my travels, whether my first trip to Europe or my tenth. I’ve made lots of mistakes over the years…I’m sharing them here so you can avoid them! 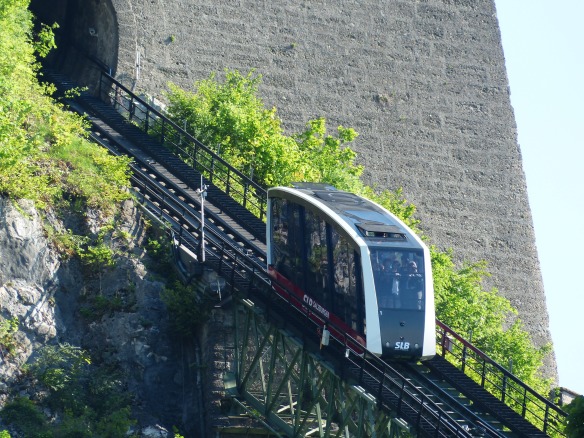 There are times when the best decision is to throw money at the problem and make it go away – you will invariably run into problems that can be easily solved with a reasonable amount of money.  In my last post I mentioned that my husband and I spent 24 hours in Germany not speaking to each other; we got into a HUGE fight over the 5 euro charge for the funicular at Heidelberg Castle. I was exhausted and did NOT want to hike up the 315 steps to reach the castle; my husband said there was NO way he was paying when we were perfectly capable of taking the stairs. Guess what happened? We hiked the stairs, and I was so exhausted and mad by the time we got to the top that I didn’t speak to him again until we were at the airport the next day! On the flight home, we realized I should have paid the 5 euros and met him at the top, but in that moment, we were SO tired that our brains were not working correctly. Our fight also illustrates that “reasonable” means different things to different people. When I went on my bike trip across Austria with friends two years ago, we discussed this issue ahead of time. And after two days of biking in second-day stinky biking clothes because we hadn’t found a laundromat after six days of searching, we decided it was worth the 75 euros our hotel charged us to do an overnight load of laundry. Was it a lot of money? Yes.  Would we rather have found a laundromat and done it ourselves? Yes, of course, but we split the cost three ways and felt SO MUCH BETTER with clean bike clothes! With no laundromat available, it was our best option at that moment. We made the decision and moved on with no regrets.

**for more topics to discuss before traveling with friends, read this post** 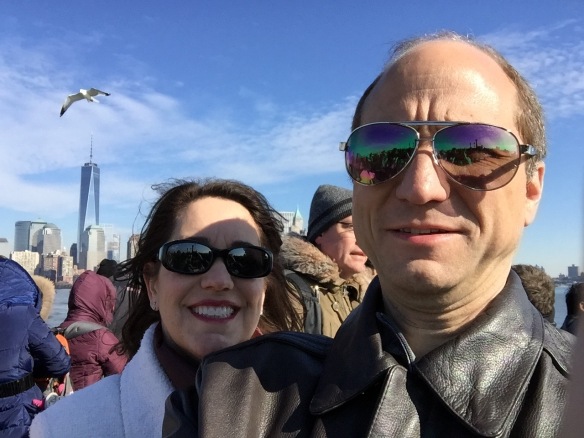 Don’t be afraid to split up – My husband and I don’t spend 24/7 together at home, but when we first traveled, we stayed together ALL. THE. TIME. Over the years, we have gradually come to the realization that because we have different interests (plus I need alone time to rest and recharge), there are times when it just makes sense to split up for an afternoon.  Florence Nightingale was my childhood hero, so when we went to London, I was super excited to see the Florence Nightingale Museum. My husband had zero interest, but wanted to spend more time at the Imperial War Museum than I did, so I went to the Florence Nightingale museum alone and met up with him a few hours later for a quick look at the highlights of the Imperial War Museum. 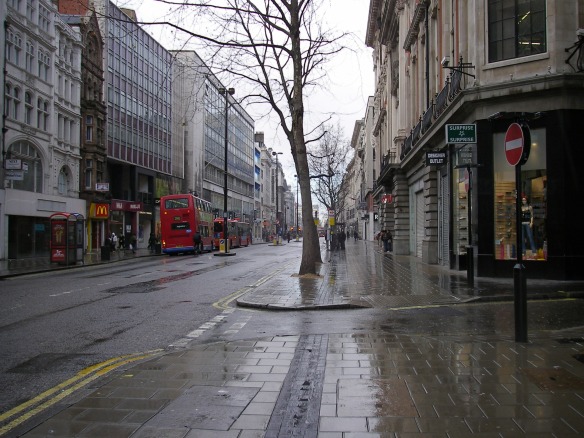 When walking alone, listen to your gut – You know that gut feeling that something is not right? Maybe the hairs stand up on the back of your neck, or you get a weird feeling in the pit of your stomach? LISTEN TO THAT FEELING!!! On my way to the Florence Nightingale Museum, I walked through a slightly sketchy area of London. I was on an empty street when two men came up and started walking behind me. The hairs on the back of my neck stood up, and I got a VERY strong feeling of danger. Luckily, there was a convenience store on that block, so I dashed in and stayed there for several minutes. I told the clerk about the men and that they gave me the creeps; he helped me check to make sure they had gone before I continued on my way (looking back, I should have called a taxi to get the rest of the way to the museum, but luckily, I had no further issues). That’s probably the most scared I’ve ever been when traveling. Sometimes we (women, especially) discount that feeling, thinking we are just being silly, but I’m a firm believer in listening to your gut! 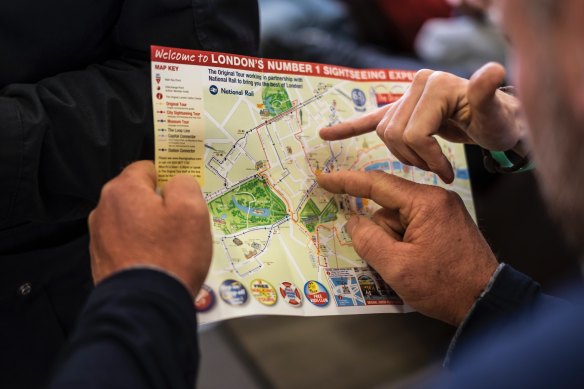 It’s amazing how much you can communicate with smiles, nods and pointing – My aunt mentioned this one, and she was so right! My favorite travel stories are of people we’ve encountered along the way, like the man who came up to my husband in Salzburg and commented on the fact that my husband was wearing shorts and a winter coat in December. We understood nothing he said except “lederhosen” and “BRRR”, but when he wrapped his arms around himself and faked a shiver, it was obvious that he thought my husband was a little nuts for wearing shorts! In Berchtesgaden, we stayed at a Bed and Breakfast run by a husband and wife who spoke almost no English. Despite this, we were able to understand the directions he gave us to the Berchtesgaden Salt Mine, through gestures and pointing left and right. A smile and a nod, along with a quick game of charades, can get you a long way!

Most people are basically helpful (except for the ones who are trying to scam you) and how to tell them apart – Over and over again on our travels, my faith in the goodness of people has been reaffirmed. When our rental car broke down in the Lake District of England, our  Bed and Breakfast host drove us a half hour to the train station. When my friends’ luggage got lost as they were about to start a 100 mile hike along the West Highland Way, their Bed and Breakfast host took the hiking boots off his feet and gave them to Jeff to use until Jeff’s gear arrived. We have experienced countless examples of kindness, but have also been the victims of a few scams. How do you tell them apart? Scammers will usually approach you in a busy tourist spot (train station, ATM, crowded plaza, etc) asking you to sign a petition or hand your money to them as they ‘help” you. A favorite scam at a train/metro station is to offer to buy the tickets for you at the ticket machine. The scammer wants you to give them your money and they will buy you the one week pass, for example. When in reality, they buy you the one-ride ticket and have just made a profit.  **Someone who is truly trying to help, however, will usually just point to the right buttons on the ticket machine and let you do it yourself.** 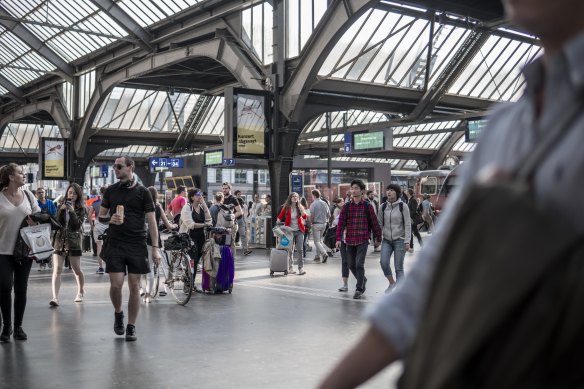 We learned the hard way to be particularly wary when the currency is unfamiliar to us, and to NEVER let a stranger give you change at the ATM. In the Czech Republic, where the currency is the koruna, a man came up to us at the ATM and offered to make change (the ATM’s there spit out 1000 koruna bills). He gave us two 500 unit bills, which turned out to be Hungarian currency and worth WAY less than the 1000 korunas we gave him. But the money was very decorated and unfamiliar to us, and we were busy trying to get to the airport to go home, so we didn’t realize the switch until later.  We also learned not to sign any “petitions” in touristy areas. We did ONCE and congrats, you’ve just given your email, name and address to scammers who will then send you “phishing” emails and steal your credit card number! A bottle of wine, cheese and dessert on your balcony can be dinner – Some nights, we’re exhausted after a long day of sightseeing. Other times, we’re traveling with a pretty strict budget and choose to spend it on activities rather than food. For whatever reason, we are perfectly happy picking up a bottle of wine, some cheese and bread, and a small dessert at the local market and having a picnic dinner on our hotel bed or balcony. You can find really fresh ready-to-go meals in the local supermarkets and save tons of money on food – we also love exploring the outdoor produce markets for fresh fruit.

I still have a long list (it’s amazing how many things I thought of once my mind got going), so part three will be coming soon! In the meantime, I’d love to hear from you! Drop me a line in the comments section below and let me know which of these resonate with you! And as always, thanks so very much for reading….

1 thought on “Lessons learned from my first (and tenth) trip to Europe, part 2”